Registrar is one such post who acts as one of the pillars of the administration of the University. As per the West Bengal University of Health Sciences Act 2002, the Registrar should be a whole time officer appointed by the Executive Council of the University. Being the Ex-officio Secretary of the Executive Council, the Finance Committee as well as the Faculties, he cannot be the member of any of these authorities. As an Administrative Head, Registrar is custodian of all records, common seal and any such other property belong to the University. It is the Registrar who is having the authority to issue notices convening meetings of Executive Council, the Academic Council, the Finance Committee including meeting of Faculty, as and when required. Since it is the duty of the Registrar to prepare the Agendas prior to the meetings and later finalize the Minutes of all such meetings from his office, his involvement while preparing the agenda and his presence in those meetings are necessary. He has to make sure the circulation of the agendas as well as the minutes of those meetings is being done properly within stipulated time with copies sent to the Chancellor. Moreover, any official correspondence related to the Executive Council or to the Academic Council, is under the purview of the Registrar. The Registrar is supposed to function directly under the Vice-Chancellor of the University and answerable to him regarding discharge of his duties including any added responsibility, if assigned to him either by the Vice-Chancellor or by the Executive Council.

Apart from the above mentioned responsibilities, it is the Office of the Registrar which conducts two most important tasks related with the University. One such task is Registration of the Students taking admission in any course out of 18 numbers of old courses and several new courses. The other important job is to peruse the process of recognition, affiliation and renewal of affiliation to around 123 numbers of institutions. 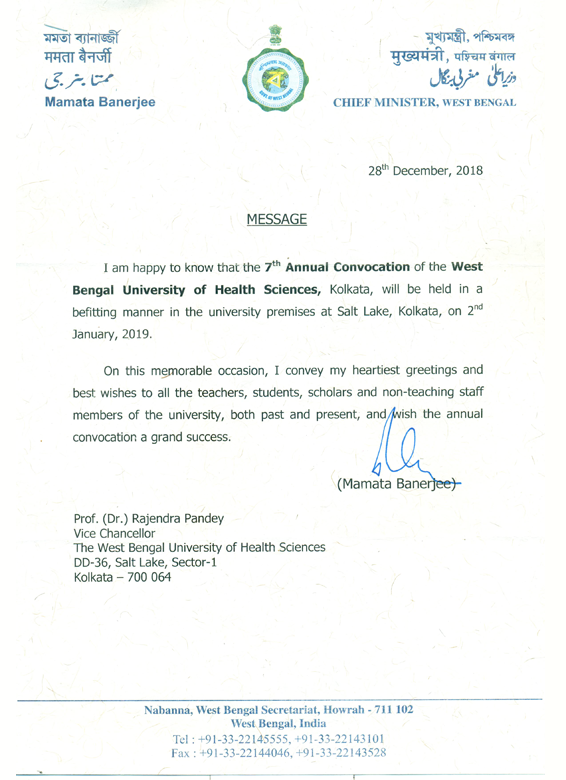